The birth of the internet and the future of work

On the 50th anniversary of the networked age, we reflect on how the internet is still transforming culture
Oct 30, 2019 • 5 minute read 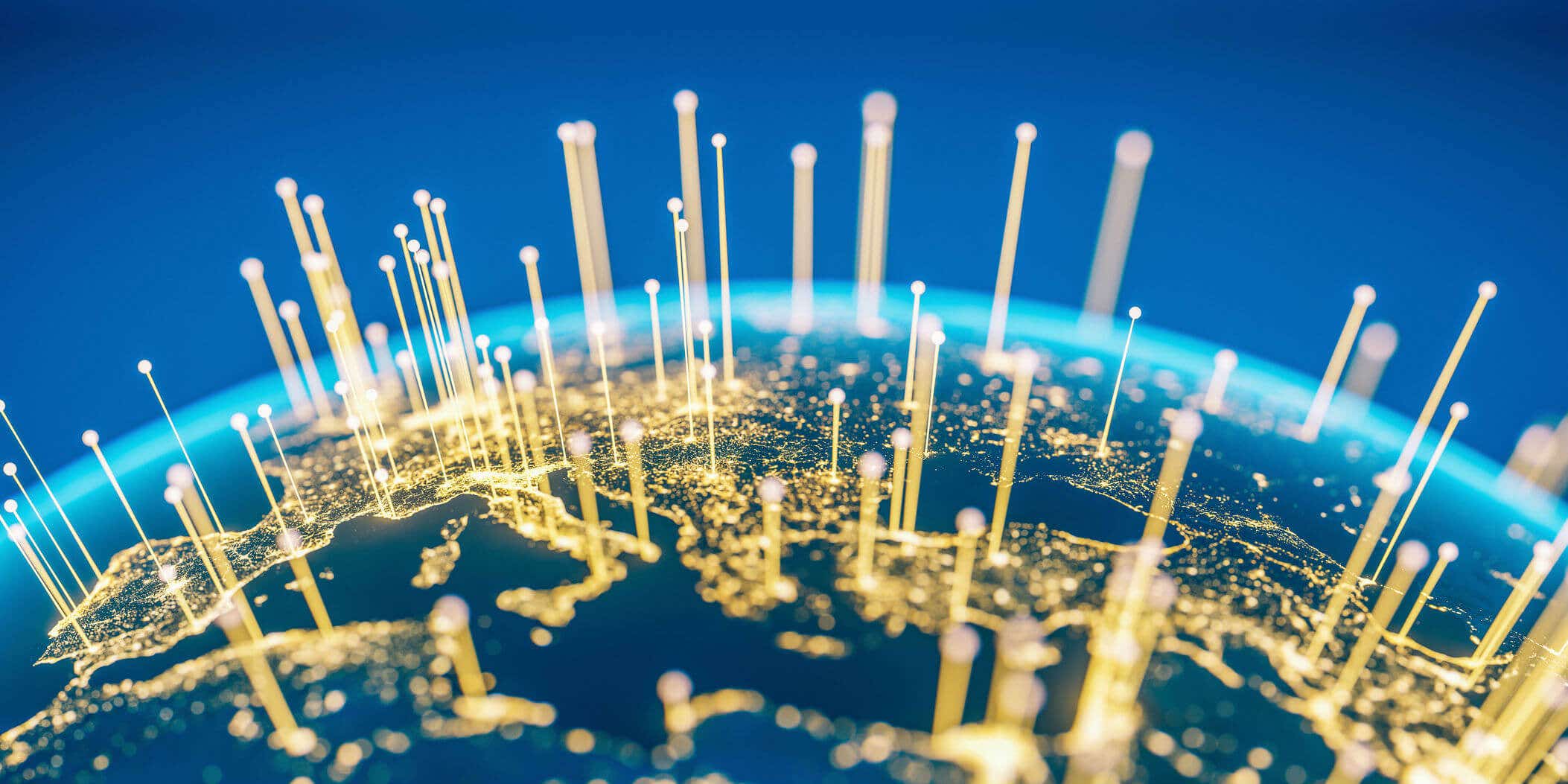 It's the 50th anniversary of the internet's predecessor. Where's the utopia we were promised?

The birth of what would usher in the internet began with a whimper rather than a bang.

On 29 October 1969, programmer Charles Kline attempted to transmit the message "login" from a computer at UCLA to one at Stanford, some 350 miles away.

The message was to be transmitted over a network funded by the US Department of Defense. The Advanced Research Projects Agency Network, or APRPANET, was a project that would network computers together to share information. The machines at UCLA and Stanford were the first on the network, but would be joined by computers at UC Santa Barbara and the University of Utah by the end of 1969.

But on 29 October, ARPANET began its life with the attempt to send that simple "login" message. In a poetic foreshadowing of the frustrations that its technological successor would cause, Kline was only able to get the letters "lo" out before the system crashed.

But those two letters marked a turning point for human culture. Within 25 years, the internet would be mainstream. Within 40 years, it would have fundamentally transformed every facet of human interaction.

In the early days of the internet's foray into mainstream culture, the landscape abounded with utopians who predicted that the online world would usher in a new age of openness, understanding, prosperity and peace. Twenty-five years after most of these predictions, it's fair to say they were largely off-base.

Even the techno-prophets themselves have had to concede that the internet utopia they envisioned hasn't come to pass. One of them, author Rick Webb, went so far as to pen a 2017 Medium piece apologizing for his role in promoting the utopian vision of the internet.

"I don’t think anyone saw coming that we’d have to actually be explaining to American children why racism and fascism are bad in the 21st century. Our digital prophets certainly left that bit out," Webb wrote.

But even in the midst of his regret, Webb acknowledges the parts of his utopian vision that actually have come true.

"A lonely transgender person in rural America who may have felt completely isolated before can now find a community of support. One could argue that the internet has hastened political progress, and helped topple oppressive regimes. This is all true," he wrote.

While the internet has no doubt given a voice and a platform to those opposing equality and peace, it's also fulfilled those old prophesies of creating a world without borders, of changing commerce, of connecting humanity. If the internet is deeply flawed, it's because it's a reflection of the humans who populate it. A platform can't usher in utopia. It can only give us the tools to do it ourselves.

And the tools it's given us are incredibly powerful. Fifty years ago, the thought of someone living in the American Midwest having a window into the life of someone living in Spain, in Pakistan, in Sri Lanka, in Australia, was unfathomable. Now we have the power to connect with people anywhere in the world in an instant. Yes, it's a power that's been used to spread hate and discord. But it's still a power that can continue to transform the world for the better, if we embrace the better parts of ourselves.

The future of work

For much of human history, the structure of work has remained the same. It's always been about the exchange of labor for compensation, but the way it's been carried out has been constrained for both parties. For workers, it's meant adhering to a specific schedule at a specific location. For employers, it's meant paying both for productive and unproductive hours, and being limited to the talent pool in a specific geographical area.

Freelance marketplaces (like Freelancer.com) remove the constraints both for employers and employees. A worker can now exchange their productivity for compensation while dictating their own schedule. An employer can now hire for specific jobs at specific times, and only pay for the productivity they need.

And removing the constraints of geography may be the most revolutionary change the internet is bringing to work.

No matter what field you're in, it's unlikely that the top talent for any role you're looking to fill all live in your immediate vicinity. Instead, they're spread out across the globe. The transformation that the internet is bringing to work is that you're no longer bound to hiring from the talent pool in your geographic area. Now, instead of being limited to the most talented software engineer in Cleveland, Ohio, you can choose to work with the most talented software engineer in the world, no matter where they are.

Moreover, you can work with them for a specific project, for the specific period of time you need their skills. As an employer, you get the freedom to hire only the best and pay only for the amount of work actually done. As a worker, they get to determine their own schedule, their own location and choose only the projects they want to do.

This fundamental change to work is gathering pace. The recently released Intuit 2020 Report found that 80% of major corporations plan to shift more towards a freelance workforce.

It's not just major corporations that are embracing the internet workplace revolution. Freelance marketplaces mean starting a business is now within the grasp of more people. The Intuit Report claims that entrepreneurs no longer need large amounts of capital to start a business, as more efficient systems and cheaper manufacturing lower the barriers to entry. Relying on a freelance workforce removes another huge barrier startup founders face. Not only can they find talent quickly and less expensively, they can source the best talent for any project, from anywhere in the world.

This revolution would have been unthinkable if not for that simple, two-letter message sent 50 years ago today. When Charles Kline sent that message, it's doubtful he could have foreseen the ramifications of a fully networked society, both the good and bad. In the same way, the utopians of the 1990s didn't foresee all the pain and anger that open, transparent communication could bring.

But for the optimists among us, there's reason to hope. The story of how the internet changes society is far from over. We're still at the cusp of a massive shift in the way people work and get work done. And if we embrace it for the freedom it offers both to workers and employers, utopia could still be horizon.

What Google's quantum breakthrough means for you
The tech world is abuzz with the rise of quantum computing, but how will it impact your business and why should you care?
6 MIN READ

4 tips to prevent startup failure
It takes guts, determination, and a healthy dose of wild optimism to attempt building a startup of your own
3 MIN READ